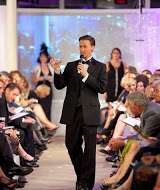 Dallas, Texas certainly has it’s share of auctioneers.  But, not all auctioneers are created equal.  Andrew Bost is known in Dallas by clients such as St. Alcuin Montessori School and the Sigma Nu Educational Foundation for connecting with charity auction bidders.  On the stage, Andrew is charismatic, exciting and genuine.  Off the stage, he is easy to work with and an excellent communicator.  Andrew understands that your choice in benefit auctioneers is one of the most important decisions you’ll make for your fundraiser.

How Does Andrew Double Charity Auction Revenues in Dallas?

Since its inception in 2006, Andrew Bost Benefit Auctions has forged a record that is unmatched in the fundraising industry. Andrew’s average Live Auction and Paddles Up revenue increase is 109% during his first year working with a new client. That’s more than double the revenue! It starts with getting to know your organization and what makes your donors tick. What are they passionate about? What makes them different from donors of other Dallas, TX charity auctions? Your work with Andrew will start months before your auction, so that he can help you put together a solid plan for Live Auction and Paddles Up. You and your committee will arrive on auction night feeling confident and excited, knowing that every detail has been covered.

St. Alcuin Montessori, Dallas, TX: Paddles up revenue increased from $4,650 the year before Andrew to $79,000 in Andrew’s first year.

After starting his auctioneering career in 2002 as a fine art auctioneer on cruise ships, Andrew earned his Texas License in 2006 in Dallas, then immediately earned the Benefit Auctioneer Specialist designation in 2007. The BAS designation signifies a focus on fundraising auctions and an elite level of education in the field. Andrew was among the first class of auctioneers ever to receive this designation, and remains one of only a small number of designees to hold the honor.