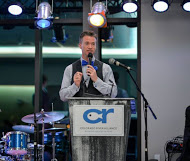 An Austin resident since 2004, Andrew started Andrew Bost Benefit Auctions here in 2006. He is known and loved by Texas nonprofits for his ability to connect with their donors, no matter the size or composition of the audience.  Andrew’s charity auction style ranges from quiet and subtle to loud an boisterous, from one audience to the next and one moment to the next!  Flexibility is paramount to his auctioneering style, since no two gala audiences are exactly alike.  Friday night might be a black tie gala at a swanky Austin hotel, while Saturday is boots and jeans party at a San Antonio ranch, and Sunday is Hawaiian Night at a Hill Country school.

How can he raise more money for you?

On average, Andrew’s first-year clients raise 109% more than their previous year in Live Auction and Paddles Up  revenues.  That’s more than double!  Since starting his business in Austin in 2006, Andrew has raised millions of dollars for Texas nonprofits.

“Thanks, Andrew!  You made us so much more successful than we had thought possible – and I’m convinced we could do so much more if we brought you on sooner.  Thanks for everything – you were great to work with!”
Emma Bauer, American Red Cross of Central Texas 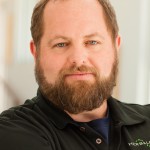 “As an auctioneer, Andrew has a rare gift. He will not only get the bids up but he is very entertaining at the same time. I don’t know where he gets his energy from, but he can keep a benefit auction going and the energy level high.”

“Andrew tripled our income, and was a major part of our success!”