Fund A Need – Paddles Up Auctions 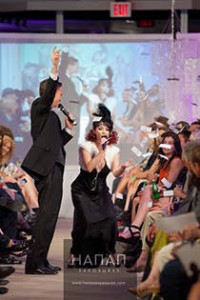 You’ve gathered six hundred Texas supporters for your Houston fundraiser and have only ten live auction items.  How many people didn’t get to raise their bid paddle successfully?  How much money walked out of the room simply because no one asked for it?

This is where Fund A Need comes in.  Also known as Fund A Cause, Paddles Up, Cash Appeal or any number of other names, the concept is simple:  we’re asking for money.

The whole notion is mortifying to some, but to an experienced Benefit Auctioneer Specialist, Fund A Need is easy, fun and fast.   You don’t get 100% of the donations you don’t ask for.  Make sure your charity auctioneer knows how to ask!

When To Have A Fund A Need?

Paddles Up can come before, after, or in the middle of the Live Auction.  The best place for it is where the highest energy is.  With a lot of auction items, even the most entertaining charity auctioneer will have less of the audience’s energy and attention by the end of the charity auction.  With six items or less, Fund A Need works well at the end of items.  With more than six items, it’s better to put it in the middle, right after your best and most expensive item.  Fund a Need is all about excitement and momentum, so put it where those are at their peak.  That said, a recent trend is to have the Paddles Up before the live items even get started.  There are even some events that do away with the auction items altogether, and only use a Fund A Need.  Full-time fundraising auctioneer Andrew Bost can help you decide on the best placement for your Appeal.

How much revenue should you expect from Paddles Up?  If your Austin nonprofit has never used Paddles Up before, you can probably expect at least as much from a direct appeal as from your Live Auction items.  Many organizations bring up to ten times as much.  The bottom line is this:  if you’re not using Fund A Need to it’s maximum potential, you’re leaving tens or hundreds of thousands of dollars on the table!

Largely due to the detailed planning of Fund A Need appeals, Andrew Bost Benefit Auction first-year clients realize an average increase of 109% of combined Live Auction and Paddles Up revenues.  That’s more than double!