Andrew got his start in entertainment early.  Various stage performances in high school led to his continued pursuit of theater arts in college, as well as a BA in Psychology. Andrew’s performing career led him to work on cruise ships, where he discovered auctioneering.  He sold fine art through live auctions on cruise ships all over the world.  Thus began his passion for connecting to audiences through the excitement of live charity auctions. After ships, Andrew settled in Austin, Texas, where he now lives.  He soon got licensed by the state of Texas as an auctioneer, and later attended the first certification class ever offered by the National Auctioneers Association (NAA) to become a certified Benefit Auctioneer Specialist.  The NAA created the Benefit Auctioneer Specialist (BAS) designation in order to meet the demand of charity organizations who were in need of a professional to guide them in planning and conducting a successful benefit auction. Benefit Auctioneer Specialists are trained on how to help nonprofits plan and organize charity fundraisers, as well as taught how to market themselves and charity auction events professionally. In 2010, he was honored to be  selected as a presenter at the NAA’s first ever Benefit Auctioneer Summit.  Andrew Bost has maintained his BAS designation by receiving 24 hours of continuing education every three years. Andrew has performed at events in Dallas/Fort Worth, Austin, Houston, San Antonio, as well as throughout the country. 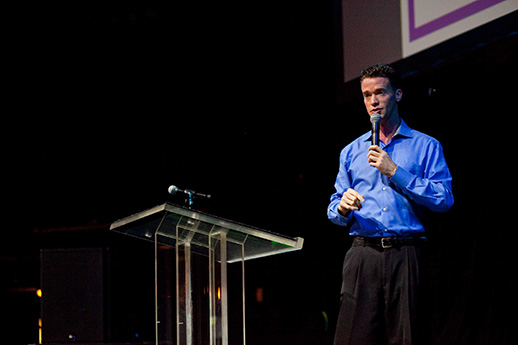